Sabarimala is a pilgrimage centre in Kerala located in the Western Ghat mountain ranges of Kerala in Pathanamthitta District. Lord Ayyappan’s temple is situated here in the midst of 18 hills. The area is in the Sahyadri ranges of Kerala. The temple is situated on a hilltop at an altitude of 914m/3000 ft above mean sea level, and is surrounded by mountains and dense forests. Temples exists in each of the hills surrounding Sabarimala. While functional and intact temples exist at many places in the surrounding areas like Nilackal, Kalaketi, and Karimala, remnants of old temples survive to this day on remaining hills. Sabarimala is believed to be the place where Ayyappan meditated after killing the powerful demoness, Mahishi.

Sabarimala is one of the most visited piligrim centres in the world with an estimated 45 – 50 million devotees coming every year. The world’s second largest annual pilgrimage (after Hajj in Mecca) is reported to be to Sabarimala.

The pilgrimage to Sabarimala is a singular example of one where pilgrims, without consideration of religion, caste, creed, position or social status, go with one aim, one desire and one mantra that is Lord Ayyappa. However no female between the age of 10-50 are allowed to visit this temple. Among many other reasons the fact that core story attributed to Lord Ayyappa prohibits the entry of the women in the menstrual age group. 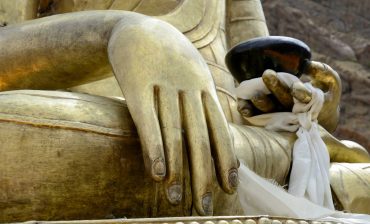 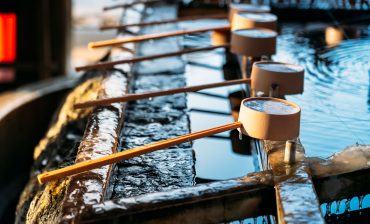 The Travancore Devaswom Board (TDB) has insured the Sabarimala Ayyappa shrine for a value of Rs 30 crore ($7 million) and also introduced a free-of-cost accident insurance project for pilgrims visiting the holy place. The pilgrims’ insurance scheme offered up to Rs 1 lakh to the devotees suffering injuries or death at a stretch of about 18 km from Nilakkal to uphill Sannidhanam where the temple is located. An estimated 5 crore (50 million) pilgrims visited the temple last year during the main season from November to January and it is estimated that Sabarimala is providing 10,000 crore rupees to the Kerala economy.

Though there are numerous temples dedicated to Lord Ayyappan, notable among them are the temples along the Western Ghats. They are, Kulathupuzha &ndash; Lord Ayyappan is a child here, Aryankavu &ndash; A bachelor here, Achankovil – here he is worshipped as Dharmasastha with his wives, Poorna and Pushkala, and Sabarimala – here he is a yogi, meditating for the welfare of all.