Pandalam in Kerala is the chosen and blessed place where Lord Ayyappa, the presiding deity of Sabarimala had had His human sojourn as the son of the Raja of Pandalam. The Pandalam kingdom was established around 79 ME (903 AD) by the Pandalam royal family who are the descendents of the Pandya kings of Madurai. The Pandya royal family had to flee Madurai because of threats to their lives posed by their own ministers. A branch of the fleeing family moved westward, briefly staying at various places it acquired by purchase. The family kept on the move for over a century, finally reaching Pandalam in 79 ME. This was chosen to be the permanent home for the royal family. The then ruler of Venad (later Travancore) helped to establish the kingdom at Pandalam. According to the Travancore State Manual, the Rajas of Pandalam ” were always friendly to the Kings of Travancore.” By the time, all members of the family reached Pandalam and a full-fledged kingdom was established, it was 370 ME (1194AD).

The territories under the Pandalam administration extended to over 1,000 square miles mainly eastward and covered the mountain ranges, consisting of 18 holy hills including Sabarimala. The principality was also known as Airur Swarupam. The Raja also used a title ‘ Airur Sree Veerasreedhara Kovil Adhikarikal’. The royal family of Pandalam belongs to the ‘bhargava gothra’ while other Kshatriya families in Kerala belong to ‘viswamithra gothra’. Secularism was and is one of the guiding principles of Pandalam family and there was peaceful co-existence of various religious groups. There are many examples of the Pandalam Rajas extending lavish help in constructing churches and mosques in their territory.

According to legend, Lord Ayyappan, the presiding deity of Sabarimala had his human sojourn at Pandalam as the son of the King of Pandalam. During Sabarimala pilgrimage season, devotees come to Pandalam in large numbers to worship the deity of Valiyakoikkal Temple near the Pandalam Palace. This temple is on the banks of river Achenkovil. Three days prior to the Makaravilakku festival, the sacred ornaments of Lord Ayyappan (known as Thiruvabharanam) are taken in a procession from Pandalam to Sabarimala. 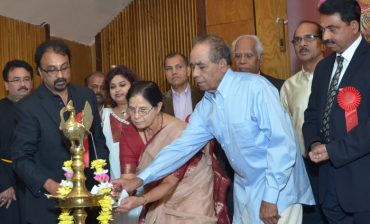 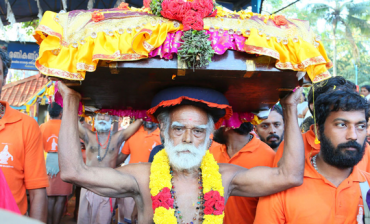 It is believed that the Pandya kings of Tamil Nadu fled to Pandalam after losing a battle and settled here in the land they bought from Kaipuzha Thampan, a landlord. The Pandya dynasty had provinces on either sides of the Western Ghats. The King of Pandalam helped Marthanda Varma to conquer the Kayamkulam province. In return for this help, Marthanda Varma did not attempt to attack and conquer Pandalam, during the expansion of his kingdom. The princely state of Pandalam had extended up to Thodupuzha in Idukki district once. Pandalam was added to Travancore in 1820. Before the formation of the Pathanamthitta district Pandalam was in Mavelikkara taluk of Alappuzha district.